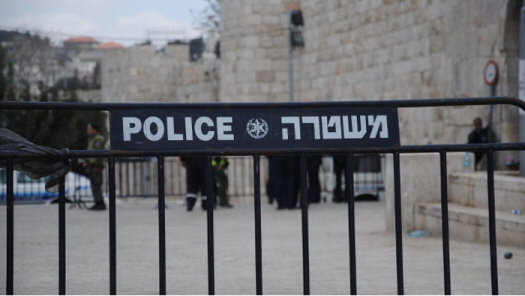 Israel may commence a “second Operation Defensive Shield” against Palestinians in both the West Bank and Jerusalem.

According to Israeli Transport Minister Yisrael Katz (Likud), following weeks of clashes and tensions in these areas.

Israel’s March 2002 Operation Defensive Shield was its largest military operation in the West Bank since the 1967 Middle East war. It was during this operation that Israel reasserted military control over the entire West Bank and placed then Palestinian President Yasser Arafat under siege in his headquarters.

Minister Katz, a member of Israel’s security cabinet and deputy prime minister, told the settler-affiliated Arutz 7 that the ‘second Operation Defensive Shield’ would include Jerusalem, and perhaps “a curfew on Jerusalem’s Arab neighbourhoods and an end to the privilege of working (in Israel).”

Violence in the area has spiked in the past two weeks, following an increase in Israeli settler incursions in Jerusalem’s al Aqsa mosque compound and Israel’s de facto temporal and spatial division of the area between Muslims and Jews.

In the latest round of violence Israeli police officers shot dead a Palestinian teen near Jerusalem’s Damascus gate early Sunday morning after he allegedly attempted to stab a 16-year-old Israeli boy.

The Palestinian was identified as 19-year-old Fadi Samir Mustafa Alloun from the East Jerusalem neighbourhood of Issawiya.

Alloun is the second Palestinian to be shot dead after allegedly stabbing Israelis in the Jerusalem’s Old City in the past 24 hours.

Two Israelis were killed and two others injured, including a two-year-old infant, in an attack in Jerusalem’s Old City carried out Saturday by a Palestinian who was subsequently shot dead, Israeli police and medics said.

Israeli police named the attacker as Mohannad Shafiq Halabi, aged 19, from a village near the West Bank city of Ramallah.