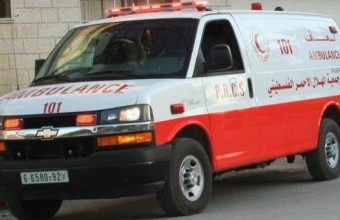 The Palestinian Red Crescent activated its central operations room at its headquarter in al-Bireh/Ramallah as well as mobilized all volunteers and teams to provide relief to Palestinians against the backdrop of escalated recent settlers’ violence against Palestinians and their properties.

Israeli settlers late Saturday and Sunday – following two separate killing incidents of Israelis by Palestinian suspects – went on a revenge rampage, under the protection of Israeli army forces , against Palestinian civilians and their properties, leading to violent clashes across the West Bank districts, which left dozens of injuries and suffocation cases among Palestinian locals.

According to WAFA, Red Crescent said it has documented 14 Israeli settlers and forces’ assaults against its staff members within the past 72 hours across the West Bank, including Jerusalem.

It said Israeli forces attacked one of its vehicles in front of al-Quds university in Abu Dis town to the east of Jerusalem, firing rubber-coated steel bullets and tear gas canisters at it.

On October 2nd, 2015, Israeli soldiers attacked one of its ambulances in the East Jerusalem neighborhood of al-Isawiya and detained one of the injured locals who was being treated inside the ambulance.

Meanwhile in Nablus, the Red Crescent said settlers prevented paramedics from performing their humanitarian duties and smashed their ambulance’s windscreen. A day later, five paramedics were beaten up by Israeli police in the Jerusalem area, while other police forces attacked two ambulances in the Old City of Jerusalem.

During the same day, Israeli army forces brutally beat up one of its ambulances’ crews in al-Bireh/Ramallah. Two paramedics were injured in the attack, while one of the injured locals, who was receiving first-aid treatment, was nabbed from inside the ambulance. Forces further fired rubber-coated bullets and tear gas canisters at the ambulance.

The Red Crescent stressed that such measures constitute a blatant violation of the resolutions of international humanitarian law, particularly the Fourth Geneva conventions relative to the protection of civilians at time of armed conflicts.

Article 63 of the Fourth Geneva conventions states, “All Contracting Parties shall endeavour to permit the transit and transport, free of charge, of such relief consignments on their way to occupied territories. Recognized National Red Cross (Red Crescent, Red Lion and Sun) Societies shall be able to pursue their activities in accordance with Red Cross principles, as defined by the International Red Cross Conferences. Other relief societies shall be permitted to continue their humanitarian activities under similar conditions.”

“The Occupying Power may not require any changes in the personnel or structure of these societies, which would prejudice the aforesaid activities.”

The Red Crescent Society called on the international community, and the High Contracting Parties to the Geneva Conventions, to shoulder their responsibilities and take the necessary measures to ensure Israel’s compliance with provisions of international humanitarian law, and to halt all Israeli attacks committed against the Palestinian people.