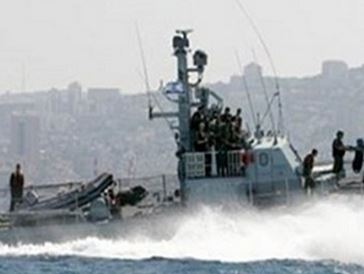 Israeli navy boats attacked, on Monday morning, Palestinian fishing boats near the Gaza shore, and kidnapped two fishers. Earlier at dawn, the Israeli Air Force fired missile into a site run by the Al-Qassam Brigades.The navy surrounded fishing boats, close to the Gaza City shore, and used loud speakers to order them to jump into the water, and swim towards them.

They then kidnapped two fishers, and boarded one fishing boat before towing it for Ashdod Port.

In addition, Israeli war jets fired a missile into a training site, run by the Al-Qassam Brigades the armed wing of Hamas, causing excessive damage but no injuries.