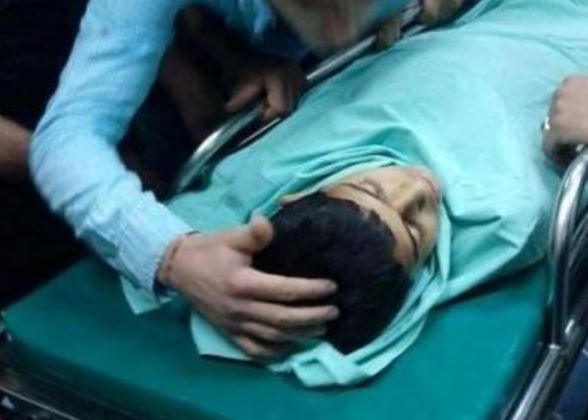 Israeli soldiers shot and killed, on Monday afternoon, a Palestinian child, only twelve years of age, near the main entrance of ‘Aida refugee camp, north of Bethlehem in the occupied West Bank.The child, Abdul-Rahman Shadi Khalil Obeidallah, was shot with a live round in the chest, and died of his serious wounds shortly after being moved to hospital.

The slain child was walking back home from school when the fatal Israeli round struck him.

Medical sources said the child was short directly in the heart, by a sniper Israeli army fire.

The sources said the soldiers also shot and injured two Palestinians with live rounds, during clashes that took place near ‘Aida’s eastern entrance.

They were moved to hospital for treatment suffering moderate wounds.

In related news, thousands of Palestinians marched, at noon Monday, in the funeral procession of Hotheifa Othman Suleiman, 18, who was shot dead last night by Israeli army fire, west of the northern West Bank city of Tulkarem.

Tulkarem Governor Essam Abu Bakr said the Suleiman’s killing is another Israeli crime that proves Israel is ongoing with its escalation, and its total disregard of Palestinian lives, and their right to liberation and independence.

In addition, the Israeli Authorities have agreed to hand the body of Fadi ‘Alloun, 19, to his family for burial ceremonies in the graveyard of Shu’fat town, in occupied Jerusalem.

Israel placed a precondition that only 50-70 persons would be allowed to participate, and ordered the family to place a 20.000 bail to ‘guarantee the implementation of this condition.’

On Saturday, a Palestinian teen, Mohannad Shafiq al-Halabi, 19, was shot dead by Israeli police after allegedly stabbing to death an armed Israeli, grabbing the gun of a settler who intervened, then killing an additional person, and wounding two others in the Old City of Jerusalem.

Several Palestinians Injured In Jenin, One Kidnapped In Bethlehem 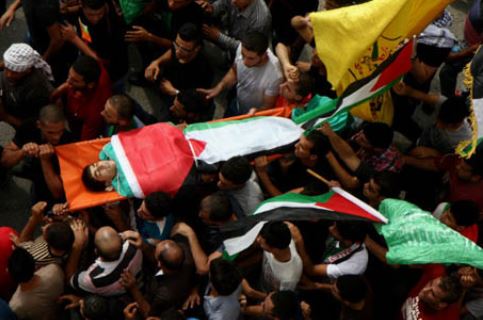