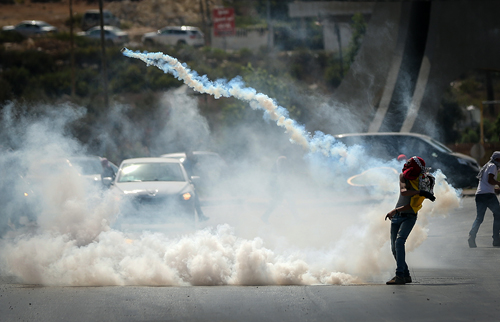 Hundreds of Palestinians marched from the Beit Jala Governmental Hospital, heading towards the northern entrance of Bethlehem, near Bilal Bin Rabah Mosque.

The funeral of the slain child,
Abdul-Rahman Shadi Khalil Obeidallah, 12 years of age, will be held, Tuesday, amidst a comprehensive strike declared by all national factions.