Many Injured Renewed Clashes in Hebron and Bethlehem; Settlers Stone Cars near Nablus 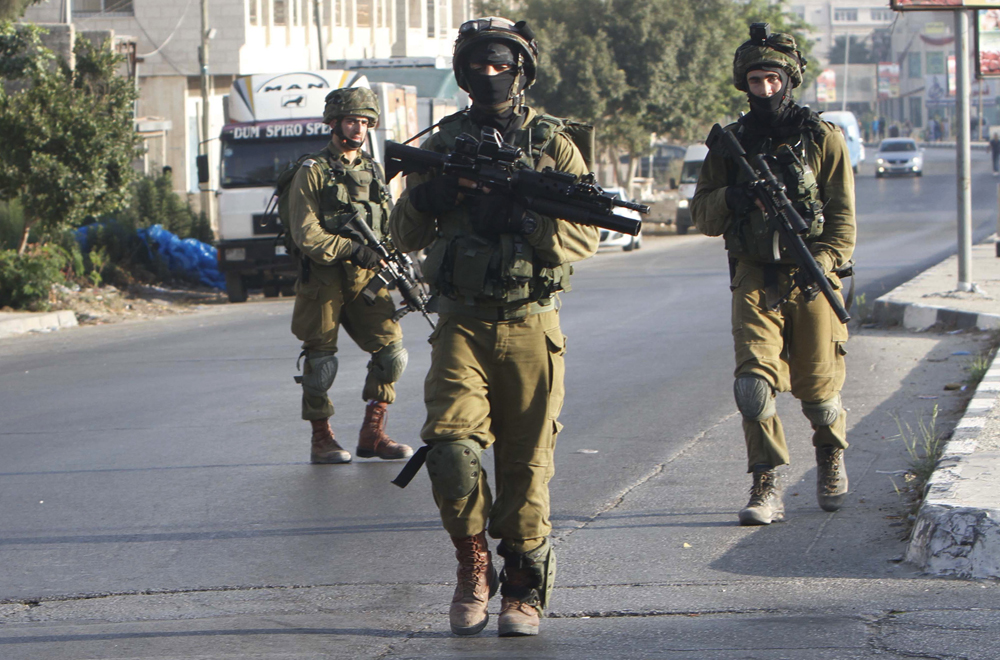 At least a dozen civilians were injured and scores others were treated for the effects of tear gas inhalation, on Monday afternoon, during clashes between invading Israeli troops and Palestinian protesters in Hebron city and the nearby Bethlehem city in southern West Bank.
In Bethlehem, three residents were injured by rubber-coated steel bullets fired by Israeli troops during renewed clashes at the northern entrance of the city near the Israeli wall separating it from Jerusalem.

The clashes started when residents marched to the Israeli wall to protest the killing of Abdul-Rahman Abdullah,13, who was killed in morning protests at the entrance of the nearby Aida refugee camp.

Palestinian political groups announced a general stick in the city on Tuesday and called residents to take part in Abdullah’s funeral on Tuesday at noon.

In the meantime in Hebron city, Israeli soldiers attacked residents in the Al Zawiya Gate area in the old city with tear gas and rubber-coated steel bullets. The Israeli troops attack led to clashes with local youth.

At least nine civilians were injured including a Palestinian journalist Taha Abu Hassan. He was moved to Hebron city hospital after being injured by a rubber-coated steel bullets in his head. Doctors said he sustained moderate injuries.

Also near Hebron, Israeli troops fired tear gas at protesters in Beit Ay’non junction. According to local sources many residents were treated for the effects of tear gas inhalation.

In the noethren West Bank city of Nablus, Israeli settlers attacked Palestinian cars with stones casing damage to a number of cars. No injuries were reported.

Residents said that a group of settlers attacked residents cars near the Howara Israeli military checkpoint at the entrance of Nablus city. Troops did nothing to stop the settlers’ attacks.

According to the Palestinian Red Crescent Society at least 200 Palestinian civilians were injured by Israeli troops gunfire since Sunday during clashes in the West Bank and Jerusalem.