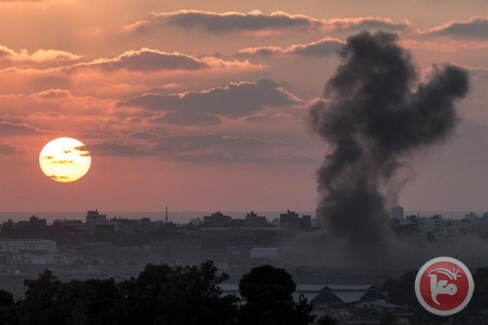 No injuries were reported, but the strike shocked local residents.

‘Yesterday, October 4, 2015, a rocket was launched from the Gaza Strip, hitting southern Israel.The rocket landed in an open area, in the Eshkol Regional Council.No injuries were reported,’ the Israeli army said in a statement.

‘In response to the attack, IAF aircraft targeted a Hamas terror site in the northern Gaza Strip.’
The rocket fire comes amid heightened tensions in the occupied West Bank and East Jerusalem, where by Sunday night, Israeli soldiers and settlers had shot nearly 100 Palestinians with live and rubber bullets in a 24-hour period.

The most recent clashes were prompted by Israeli army and settler reprisals for the death of two Israeli men in a stabbing attack in Jerusalem’s Old City.

However, tensions have been mounting for weeks, particularly due to ongoing restrictions on Palestinians seeking to enter the Al-Aqsa Mosque compound in Jerusalem — the third holiest site in Islam.