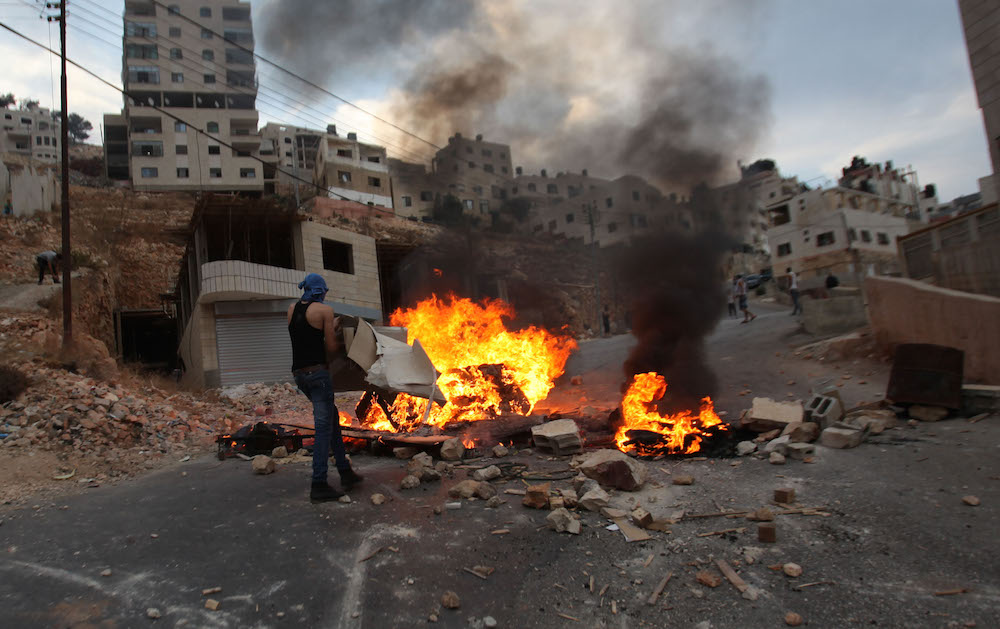 At least four Palestinians were injured, one critically as clashes between local youth and invading Israeli troops are reported in a number of locations in Ramallah city, central West Bank. At Qalandiya checkpoint between Ramallah and Jerusalem, Israeli troops attacked Palestinian youths protesting the Israeli army and settlers violation in Jerusalem and the West Bank. troops used live gunfire, rubber-coated steel bullets and tear gas.

Medical sources said that four residents were injured, one critically in the head by a live round and two were hit one in the leg and one to his face with rubber-coated steel bullets. A journalist was also moved to hospital after being hit by Isralei gunfire in his leg.

Meanwhile, clashes were also reported at the northern entrance of Ramallah, near the illegal Israeli settlement of Beit Eil.

The recent wave of clashes started last week when Israeli settlers under the protection of Israeli troops continued to invade Al Aqsa Mosque compound in Jerusalem and dined access to Palestinian worshipers.

According to the Palestinian Red Crescent Society, 700 Palestinian have ben inured by Israeli army gunfire since the start of October.