Videos: ‘Hundreds March In Jaffa Against Israeli Escalation And Violations’ 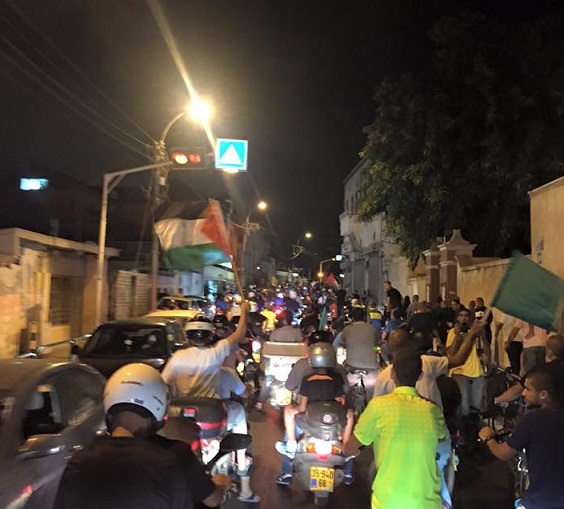 Israeli police officers assaulted, on Tuesday, hundreds of Palestinians who peacefully marched in Jaffa, Tuesday, carrying Palestinian flags and chanting against the escalating Israeli violations in occupied Jerusalem, and the rest of the occupied territories, especially the attacks against the Al-Aqsa Mosque in occupied Jerusalem.The Arabs48 News website has reported that the police attacked the protesters, who marched in the city, including protesters who rode bicycles and motorcycles.

The protesters chanted for ending the Israeli violations against the Palestinians, and the Al-Aqsa Mosque in occupied Jerusalem.

The police assaulted many protesters with clubs and batons, especially the protesters who rode their bicycles and motorcycles. The officers also fired gas bombs and concussion grenades.

Dozens of protesters were injured after being assaulted by the police, and due to the effects of tear gas inhalation, while the Israeli police said a number of officer were hurt.

Also, the youth movement in the occupied territories of 1948 declared the next Thursday as a day of rage, for the Palestinians masses.

17 Palestinians, including Minors, Kidnapped in West Bank; Over 90 Injured