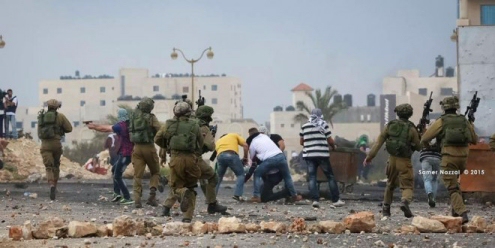 At least three were seriously injured and, then, kidnapped by soldiers and undercover special agents (Musta’ribeen) during a protest that was headed towards the Beit Eil military checkpoint, east of Ramallah, on Wednesday afternoon.Sources said, according to the PNN, that the armed and masked agents opened fire, alongside the military, on the protesters. The demonstration was launched from Birzeit University near Ramallah, and was headed towards the Beit El military checkpoint, north Ramallah.

One of the three wounded was shot in the head, and dragged down by the soldiers. There are unconfirmed reports on his death, as his injury is highly critical.