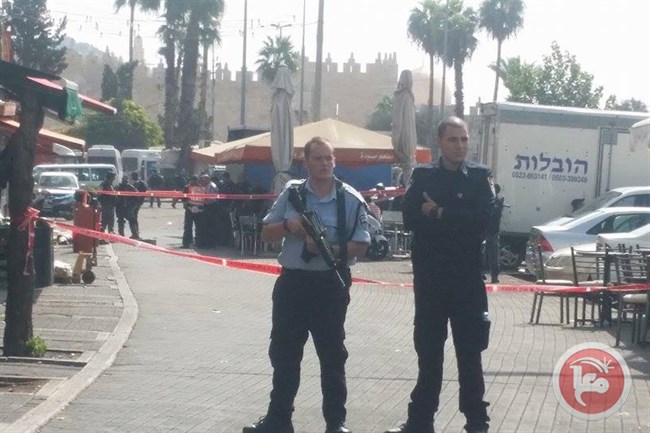 Israeli troops shot and killed a Palestinian youth on Saturday morning in the al-Misrara area, in Bab al-Amoud in occupied east Jerusalem.
Israeli media sources claimed that the youth tried to stab two settlers before he was shot dead by Israeli officers.

Palestinian news sources identified the murdered youth as 16-year-old Ishaq Badran from the town of Kufer Aqeb near Jerusalem.

Last Saturday Israeli police shoot and killed a Palestinian teenager at the same location. The young man was running away from a mob of right-wing Jewish Israeli settlers towards Israeli police officers when the officers shot him dead.

Journalist Daliya Al Namari from Russia Today Arabic news channel was on the scene of today’s murder of 16-year old Ishraq, and said that Palestinian witnesses told her that the youth did not attack any settlers and was shot by Israeli soldiers without any reason.

Israeli police attacked Al Namari and forced her away from the area while she was live on TV. Around the same time, the troops shot and injured another Palestinian cameraman in the area.

Earlier on Saturday morning, medical sources reported that two Palestinians died of severe gunshot injuries they suffered at the hands of Israeli soldiers in separate incidents, one in occupied Jerusalem, and one in Deir al-Balah, in Central Gaza.

The Palestinian Ministry of Health said that by Saturday morning the death toll due to Israeli attacks on Palestinians since the start of October had reached 16. Of those, nine were killed in the West Bank and seven in the Gaza Strip.

Moreover, at least 1000 Palestinians have been injured since the start of October, as Israeli troops continue to fire live rounds and rubber-coated steel bullets at protesters, the ministry reported on Saturday morning.