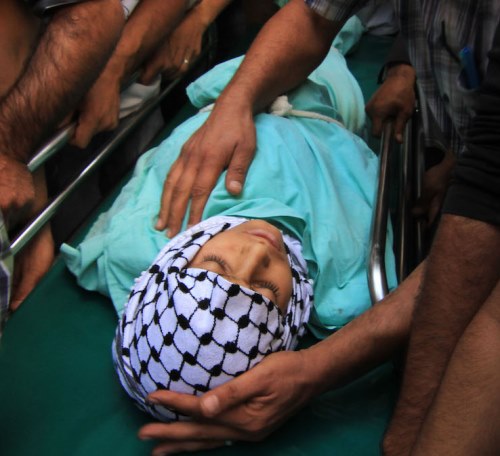 The Palestinian Health Ministry reported on Saturday morning that 16 Palestinians have been killed and at least 1000 others were injured by Israeli troops live gunfire and rubber-coated steel bullets since the start of October. The ministry explained in a press statement that its report cover the period from October 1st, to the morning of Saturday October 10th.

Israeli troops shoot and killed a Palestinian youth on Saturday before noon in the al-Misrara area, in Bab al-Amoud in occupied east Jerusalem.

Earlier on Saturday morning, medical sources reported that two Palestinians died of severe gunshot injuries they suffered at the hands of Israeli soldiers in separate incidents, one in occupied Jerusalem, and one in Deir al-Balah, in Central Gaza.

The Palestinian Health Ministry report named those killed as:

In the West Bank:

The Health Ministry noted that those killed in Gaza were all shot when Israeli troops attacked protests organized in Gaza city and Khan Younis in the southern part of the costal enclave on Friday October 9th.