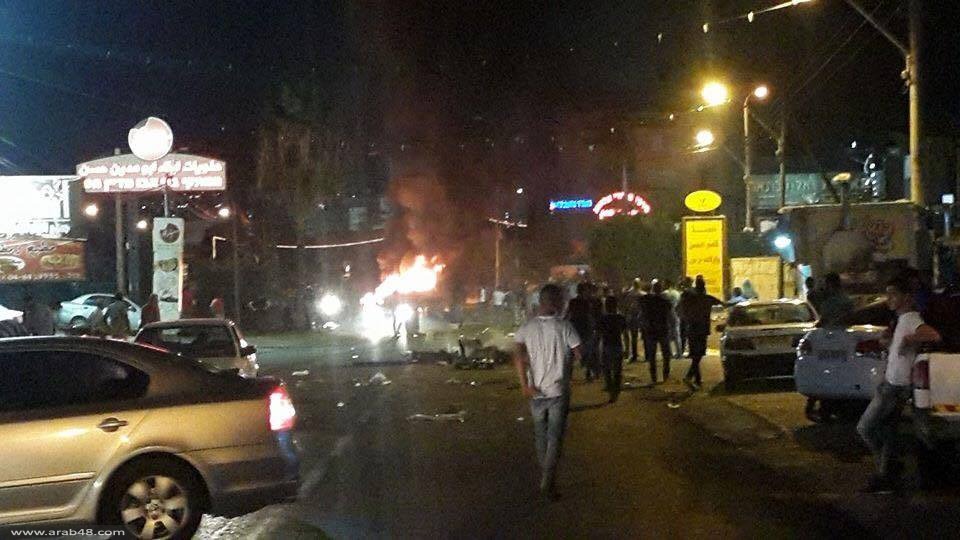 After Israeli Prime Minister Benjamin Netanyahu ordered hundreds of additional units in Palestinian towns inside Israel — mainly Nazareth, Kafr Kanna and Um al-Fahem — Israeli officers and soldiers used excessive force against Palestinian protesters, wounding and kidnapping dozens of citizens of Israel.Netanyahu said his government is preparing for massive protests that could spread through the country, and vowed that his government would use all available means to stop the protests.

Palestinian citizens of Israel make up 20% of the population of Israel, but they experience discrimination under more than fifty Israeli laws, and say that they are considered second class citizens because of these laws.

The Arabs48 news website reported that the Israeli police arrested at least 10 Palestinians in Um al-Fahem, following extensive clashes that took place on Friday and Saturday. In addition, a child was shot with rubber-coated steel bullets during the protests.

The news site added that the police also arrested ten more Palestinians in the eastern neighborhood of Nazareth, and that two of the abductees were shot and injured prior to their arrest.

Dozens of soldiers were deployed in the Eastern Neighborhood in Nazareth, following extensive clashes between the police and the Palestinian youth in the neighborhood. Local sources reported that soldiers resorted to the excessive use of force against the citizens.

Dozens also gathered in the Al-Ein Square in Nazareth protesting the ongoing arrests, and the excessive use of force by the police and the soldiers, especially after the police arrested five young men from the Eastern Neighborhood.

The police also closed the main road in Um al-Fahem, and attacked dozens of drivers, before kidnapping several Palestinians.

The police also assaulted several detained Palestinians in various Police stations; they attacked them with clubs and batons, in addition to kicking them while handcuffed.

Lawyer Jamil Jabarin said the police also broke the prescription eyeglasses of one of the detainees, after repeatedly beating and kicking him while in police car and in custody.

Although most of those taken prisoner in the village are minors, Israel imprisons minors in adult facilities and often denies their parents access to the children.

Dozens of police and army vehicles also invaded Kafr Kannna, and sprayed the protesters with wastewater mixed with chemicals, in addition to firing rubber-coated steel bullets and gas bombs. They also arrested several citizens, and violently assaulted them.

The Israeli police also arrested at least two in Wadi ‘Ara, and repeatedly assaulted them while holding them in the police station.