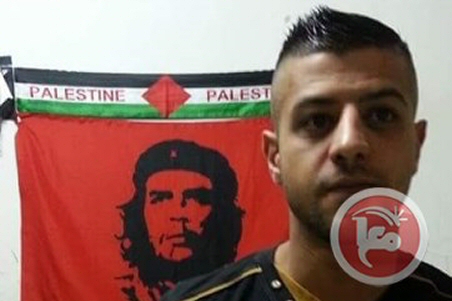 Israeli forces shot and killed a Palestinian from the Duheisha refugee camp Tuesday evening during clashes at the northern entrance of Bethlehem, medics said.Mutaz Ibrahim Zawahra, 27, was hit with a live bullet in the chest and was taken to hospital in a critical condition, Medical sources at the Beit Jala Governmental Hospital told Ma’an News Agency.

Zawahra was rushed to the operation room but quickly succumbed to his wounds, they added.
An Israeli army spokesperson told Ma’an that Israeli forces ‘thwarted an attack’ by a ‘Palestinian perpetrator’ who attempted to throw a Molotov cocktail at the forces.

The spokesperson said Israeli forces were present in the area because they were ‘responding to a violent riot of around 500 Palestinians throwing rocks.’

Thirty Palestinians have been killed in the occupied Palestinian territory by Israeli forces since Oct. 1, according to the Palestinian ministry of health, 17 of whom were killed during clashes.

Thirty-three Palestinians were injured on Tuesday, nine with live fire, in Ramallah, Bethlehem, Nablus and Hebron, the ministry added.

Clashes between Palestinian civilians and Israeli military forces have broken out near the illegal separation wall at the entrance of Bethlehem nearly every day over the past 10 days, amid ongoing clashes throughout the rest of the occupied West Bank, East Jerusalem, and the Gaza Strip.

Just over a week ago, a 13-year-old resident of Aida Refugee Camp was shot near the heart during clashes in Bethlehem and died shortly after.

On Monday the UN agency for refugees decried the ‘widespread loss of civilian life’ across the occupied Palestinian territory, warning that Israel was violating international law through the excessive use of firearms in the occupied area.

‘The root causes of the conflict, among them the Israeli occupation, must be addressed,’ the agency added in a statement.

‘Across the occupied Palestinian territory there is a pervasive sense of hopelessness and despair resulting from the denial of rights and dignity.’

Israeli authorities shortly after suggested punitive measures against Palestinians, including the closure of Palestinian neighborhoods in occupied East Jerusalem and arming more Israeli citizens with guns.