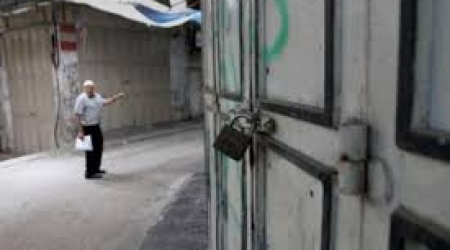 The Islamic movement in the occupied territories called in a press statement all Palestinians to abide by the strike and to participate in the mass demo in support for Jerusalem and Al-Aqsa mosque.

Al Ray reports that, in Jerusalem, all schools were called upon to mourn the Palestinians killed by Israeli occupation forces, and to protest Israeli crimes against Palestinian children.

On its part, the Ibrahimi School, where Mustafa Al-Khatib (18), a young man killed during the surge of escalations, declared a three-day mourning, protesting the illegal execution policy.

Al-Khatib was killed after Israeli forces shot him dead near the Lions’ Gate, for allegedly attempting to stab an Israeli settler.

In the same context, the student Marah Bakeer (17), was severely injured after an Israeli settler shot her in Jerusalem’s Sheikh Al-Jarrah neighborhood.

Meanwhile, the Gaza Strip is witnessing a mass commercial strike at all governorates, in support of the recent uprising and to mourn recently slain Palestinians.

The mass strike takes place from 8:00 am until 12:00 pm; whereupon Palestinian factions call upon all shops and people to join the strike, in coincidence with the mass strike in the West Bank, Jerusalem and the 1948 territories.