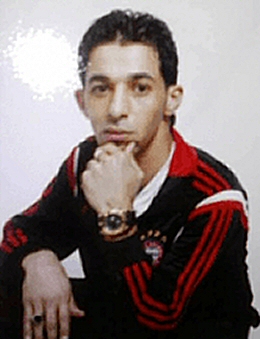 The Palestinian Prisoners and Ex-prisoners’ Committee has officially announced, on Wednesday, the death of Fadi Al-Darbi (30) from Jenin city, while being detained in Israeli jails.Al-Darbi suffered a brain-stroke earlier in Ramon prison, and was left unconscious on the prison courtyard’s floor for 20 minutes, after he suffered internal brain injury, according to PNN.

After that, he was transferred to Soroka hospital.

His health had deteriorated since then.

Two years ago, Al-Darbi suffered from internal bleeding, and the Israeli Prison Service did not offer him any medical follow-up.

Al-Darbi was imprisoned in 2006, and was sentenced to 14 years. He was moved several times to different jails.

His brother, Shadi is sentenced to 3 years imprisonment in 2013.