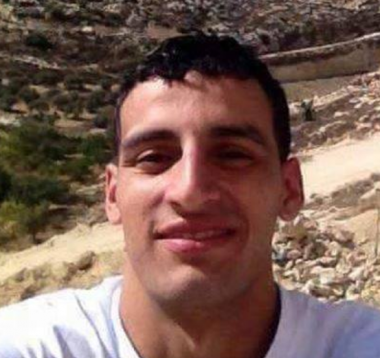 A Palestinian teenager identified as Basel Bassam Seder, 17, was shot dead at the Damascus Gate in occupied East Jerusalem on Wednesday after he allegedly pulled out a knife, Israeli police and media said — although no one but the teenager was injured or killed.Sidr was from the southern West Bank city of Hebron.

Eyewitnesses reported that the army fired more than 10 rounds at the 17-year old as he was running away, killing him.

Israeli police responded to the scene when someone began shouting that there was ‘An Arab with a knife’, and immediately shot the boy dead.

The Palestinian Center for Human Rights (PCHR) said its investigation revealed that the soldiers killed Basel, from Hebron, while he was walking in al-Amoud Gate area in the Old City, in East Jerusalem.

It added that the  soldiers approached Seder, but he tried to avoid them and went down stairs on al-Amoud Gate stairs. A soldier shouted asking him to stop, but Seder ran faster, due to which the soldier opened fire at his back crying “Terrorist, terrorist”.

Seder was wounded and fell to the ground. Few minutes later, Israeli forces approached and fired about 10 bullets at him from a range of five meters or less.

Soon after, Palestinian civilians hurried up to the place, but Israeli forces repressed and dispersed them.

Furthermore, they completely closed al-Amoud Gate area and erected iron barriers until they transported Seder to an unknown destination.

The teenager’s death brings the total number of Palestinians killed since Oct. 1 to 31, with at least 17 shot dead at demonstrations.

Seven Israelis have been killed in the same time period by ‘lone wolf’ Palestinian attacks.

On Tuesday, two Palestinians were shot and killed after they allegedly carried out attacks that killed three Israelis and injured up to 27 in three separate attacks across Israel and occupied East Jerusalem.

The Israeli government immediately increased their punitive measures against Palestinians, including the closure of Palestinian neighborhoods in occupied East Jerusalem and arming more Israeli citizens with guns.

Earlier on Wednesday, Israel’s security cabinet announced that Israeli police are now entitled to ‘impose a closure on, or to surround, centers of friction and incitement in Jerusalem, in accordance with security considerations,’ according to reports by Israeli news site Haaretz.

The cabinet also gave approval for the revocation of residency status for Palestinians who carry out attacks, as well as the police closure of occupied East Jerusalem.

Israel’s security cabinet also decided at a meeting late Tuesday that the bodies of Palestinians shot dead by Israeli forces after carrying out attacks on Israeli citizens would no longer be returned to their families.

The decision, which was among a series of stringent security measures, was taken in order to stem protests that frequently accompany the funerals of Palestinians killed by Israeli forces, a spokesperson for Israel’s Public Security Ministry said.

Israeli media reported that Israel will bury the Palestinians’ bodies in secret instead of handing them to their families.

The decision came after two Palestinians were shot dead after they killed three Israelis in attacks across Israel and occupied East Jerusalem on Tuesday.

Israeli rights group B’Tselem has called the Israeli government’s response to recent escalation in the area as ‘the very inverse of what ought to be done’ in realistic efforts to stop current violence.

‘The events of recent weeks cannot be viewed in a vacuum, isolated from the reality of the ongoing, daily oppression of 4 million people, with no hope of change in sight,’ the group said in a statement on Tuesday.