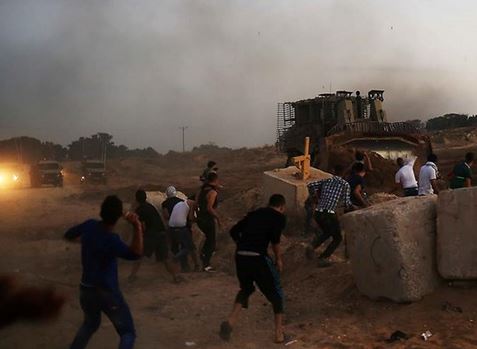 The sources added that the army used special rounds that detonate upon impact, to cause maximum harm, in direct violation of International Law.

The six wounded Palestinians were moved to the Al-Aqsa Hospital, in Deir al-Balah.

The army also fired dozens of gas bombs, causing scores of residents to suffer the effects of tear gas inhalation.