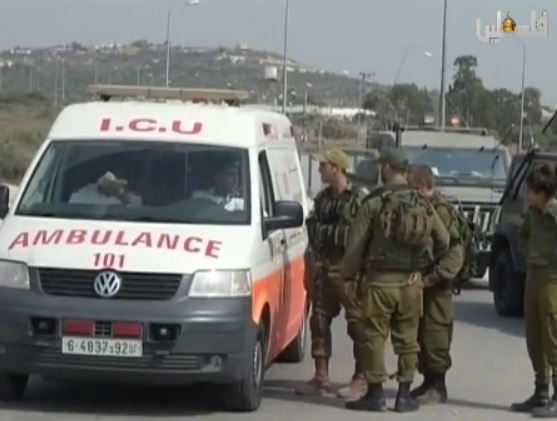 Palestinian medical sources have reported, on Wednesday at night, that seven residents were injured by Israeli army fire, in the northern West Bank city of Qalqilia. Two Palestinians kidnapped in Tulkarem. Soldiers fire a concussion grenade at a car, while Israeli extremists open fire on homes, in Hebron.The sources said that clashes took place near the southern entrance of Qalqilia city, after Israeli soldiers attempted to invade it.

In addition, several Israeli military vehicles invaded Tulkarem city, also in the northern part of the West Bank, and the Ektaba area east of the city, broke into and searched a number of homes and kidnapped two Palestinians identified as Mahmoud Ziad Abu Zanat, 23, and Mohannad Jihad al-Hamshari, 24.

Also on Wednesday at night, soldiers fired a concussion grenade at a Palestinian car, driving on the Halhoul Bridge, north of the southern West Bank city of Hebron, smashing its front shield.

Resident Anas Shawar said his six years of age son was with his grandfather, who was driving him back home, when the soldiers fired the concussion grenade on his car, causing the child to suffer an anxiety attack.

On Wednesday at night, a number of armed Israeli settlers, living in the illegal Havat Gal colony in Hebron, opened fire on Palestinian homes in Jabal Jales area, east of the city.