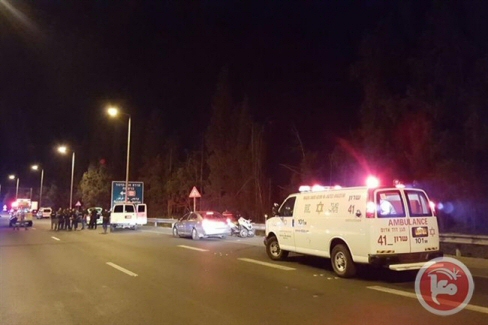 Two Palestinians were shot dead by Israeli forces on Saturday evening, after allegedly carrying out separate stabbing attacks in Hebron and Qalandia, in the occupied West Bank.Their deaths bring the total number of Palestinians killed on Saturday to five, in each case after they allegedly attempted to carry out stabbing attacks, although Palestinian sources have contested that at least one of those attacks actually took place.

In central Hebron, a Palestinian was shot and critically wounded after he allegedly stabbed and moderately injured an Israeli soldier on Shuhada Street in the Old City.

The Palestinian was taken to Shaare Zedek hospital in Jerusalem where he succumbed to his wounds, a hospital spokesperson said.

He was identified as Tareq Ziad an-Natsha, aged 22.

Israeli media reported that the Israel soldier was stabbed in the shoulder, and an Israeli army spokesperson said he had been evacuated for medical treatment.

Meanwhile, at Qalandia checkpoint to the south of Ramallah, a Palestinian man was shot dead after he allegedly stabbed and injured an Israeli border police officer.

Israeli police spokesperson Micky Rosenfeld alleged that the Palestinian was shot with the ‘knife in his hand.’

Israeli army spokesperson Peter Lerner said on Twitter that the Palestinian man was shot twice — once after stabbing an officer, and again after drawing ‘a second knife.’

Rosenfeld said that the area had been closed off, and there were reports from locals that the checkpoint has been closed.

Rosenfeld said that the border police woman sustained light injuries to her hand during the incident.
It came after a 16-year-old was shot dead in occupied East Jerusalem, also after allegedly carrying out a stabbing attack, although no Israelis were injured in the incident.

There were also no Israeli injuries in an alleged attack that also took place on Shuhada street in central Hebron on Saturday morning.

The Israeli army accused 18-year-old Fadil Qawasmi of attempting to stab an Israeli soldier who subsequently shot him dead, although Palestinians have contested that Qawasmi even had a knife.

Video footage released by Palestinian activist group Youth Against Settlements appears to show a soldier planting an object next to Qawasmi’s body following the incident, which may have been a knife.

Saturday’s events bring the total number of Palestinians killed to 42 since the beginning of the month. Seven Israelis have been killed by Palestinians in the same period.

A group of prominent Israeli and international human rights organizations on Wednesday released a joint statement arguing that recent calls by Israeli politicians to shoot Palestinian attackers rather than arrest them effectively endorses the killing of Palestinians.

The statement, which was signed by nine groups including B’Tselem and Amnesty International, added that ‘in instances when Jews have been suspected of attacks, none of the suspects has been shot.’

‘Politicians and senior police officers have not only failed to act to calm the public climate of incitement, but on the contrary have openly called for the extrajudicial killing of (Palestinian) suspects,’ the statement said.