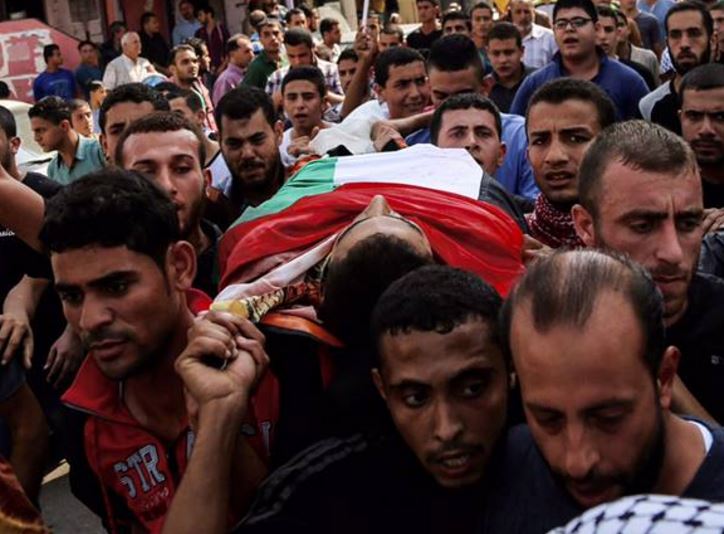 The Palestinian Health Ministry has reported, Monday, that the number of Palestinians, killed by Israeli fire since the beginning of this month, has arrived to 45, including 10 children, in addition to a political prisoner who died of medical neglect.The Ministry said the youngest slain Palestinian was 16 months of age, and that eight of the children were killed in the West Bank, and two in the Gaza Strip.

It stated that 31 Palestinians have been killed in the occupied West Bank and Jerusalem, and 14 in the Gaza Strip, including a mother and her infant, in addition to a young man in the Houra area, in the Negev.

As for wounded Palestinians, the Ministry said 1850 were shot with live rounds and rubber-coated steel bullets; some suffered burns and others were beaten and assaulted by soldiers and settlers, while more than 3500 suffered the effects of tear gas inhalation.

410 Palestinians were shot with live rounds, 700 with rubber-coated steel bullets; 160 were assaulted by soldiers and settlers, and ten others suffered burns.

290 Palestinians were shot with live rounds in the Gaza Strip, and 70 with rubber-coated steel bullets, while dozens suffered the effects of tear gas inhalation.

The Ministry stated that the large number of Palestinians shot with live rounds is a clear indication that the Israeli army resorts to lethal force against Palestinians.

In addition, soldiers carried out 136 attacks against medical crews since the beginning of the month, wounding 165 medics, while 39 ambulances were hit with gas bombs and concussion grenades, and the soldiers also stopped and delayed ambulances 32 times, while trying to transport, or reach, wounded Palestinians.