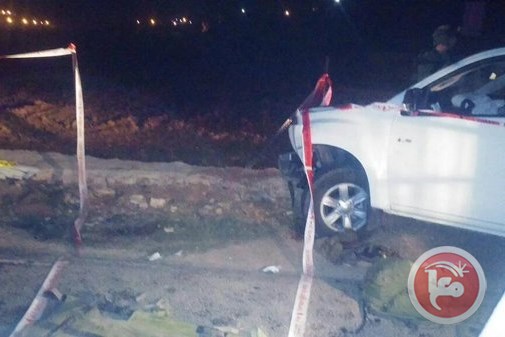 A Palestinian was shot and injured after allegedly committing a suspected car attack that injured at least four Israelis off route 60, near the illegal Israeli settlement bloc of Gush Etzion and Beit Ummar village, in the southern occupied West Bank, an Israeli army spokesperson said.The spokesperson said ‘reports are initial’ but that she could confirm that ‘a Palestinian ran over four Israelis in an attack’ and that Israeli forces responded by ‘firing at the assailant.’

The spokesperson said all five of the injured have been evacuated to the hospital.

Israeli news website Haaretz reported, according to Ma’an, that the four injured Israelis are soldiers. However, the army spokesperson said she could not confirm that detail.

On Tuesday, a Palestinian man was shot and killed after allegedly ramming his car into a group of Israelis near the same area, injuring two Israelis, Israeli police said at the time.