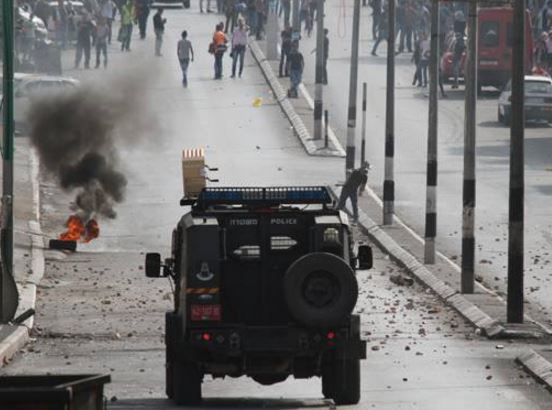 Following the extensive invasions, searches of homes and the abduction of 24 Palestinians in occupied Jerusalem, Israeli soldiers have also kidnapped at least 33 Palestinians in different communities, in the occupied West Bank. The arrests also targeted former political prisoners.Media sources in the northern West Bank city of Jenin have reported that the soldiers invaded dozens of homes in various neighborhoods in the city, and kidnapped several former political prisoners; some of them have been identified as Anas Sam Qa’qour, 36, Abdul-Jarrar Jarrar, 44, and Mousa Badawi Sabaghna.

Another Palestinian, identified as Khaled Ahmad al-Khalidi, 40, was kidnapped after the soldiers searched his home in ‘Arbouna village, east of Jenin.

In the northern West Bank district of Nablus, soldiers kidnapped seven Palestinians, in the city and nearby towns, after conducting military searches of homes, causing property damage.

Another Palestinian, a former political prisoner identified as Mahmoud at-Talahma, 20, was kidnapped in Kharsa village, south of Hebron. He is the brother of Dia Talahma, 22, who was killed by the army on September 22nd.

He added that the kidnapped residents have been identified as Ahmad Issa Sleibi, 19, Ala Jihad Sabarna, 17, both former political prisoners, Waseem Ibrahim Bahar, 16, Mohammad Jawdat ‘Aadi, 15, and Ibrahim Yousef Sabarna, 25.

Awad said the army has kidnapped eleven Palestinians, including seven children, in the town, in the last 24 hours.

Several Palestinians suffered the effects of tear gas inhalation in the town.