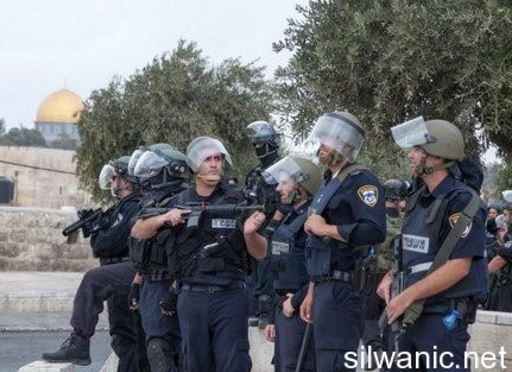 Israeli soldiers invaded, late on Wednesday, the town of al-‘Isawiyya, in occupied East Jerusalem, clashed with local youths, wounding one in the eye, and kidnapped one woman, a young man, and five children between the ages of 11 and 17.Mohammad Abu al-Hummus of the Follow-Up Committee in al-‘Isawiyya, said the soldiers shot a young man with a rubber-coated steel bullet in the eye, in addition to kidnapping one woman and five children.

He added that the soldiers fired several gas bombs and rubber-coated steel bullets at random, and invaded a shop before kidnapping a young Palestinian.

Majdi al-Abbassi of the Wadi Hilweh Information Center in Silwan (Silwanic), said the soldiers invaded two neighborhoods in the town, fired concussion grenades and gas bombs, and kidnapped a woman identified as Shifa’ Shalloudi, and five children between the ages of 11 and 17.

The Palestinian Prisoners Society (PPS) has reported that the soldiers kidnapped seventy-three Palestinians in different parts of the West Bank and Jerusalem, Thursday.