Israeli Army Kidnaps Five Palestinians In Hebron, One In Ramallah 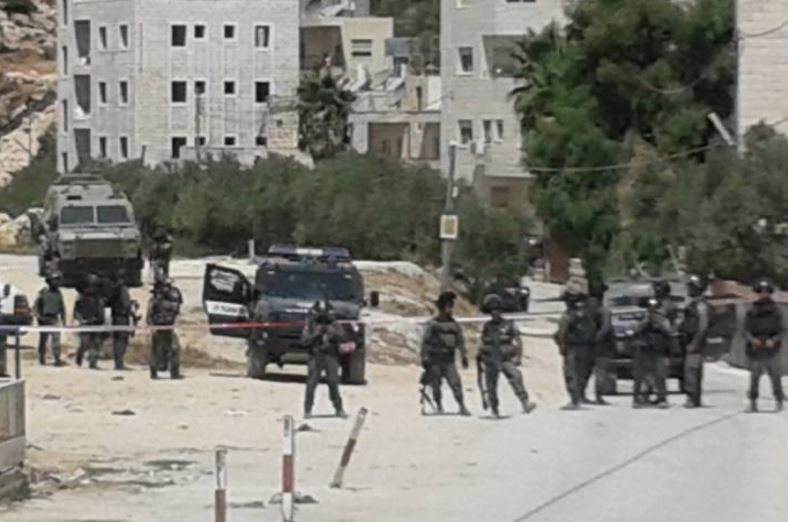 Israeli soldiers kidnapped, earlier Friday, five Palestinians in the southern West Bank district of Hebron, and one in the central West bank city of Ramallah, after invading their homes and searching them.Media sources in Hebron said the soldiers invaded the southern area of Hebron city, and kidnapped Fayez Sa’adi Rajabi, 22 years of age.

The soldiers also invaded the home of detainee Mohammad Nasser, in Beit ‘Or town, and violently searched it.

Clashes took place between the invading soldiers and dozens of local youths in the town, and the soldiers fired dozens of gas bombs and rubber-coated steel bullets.

Also on friday, a Palestinian worker was injured after Israeli soldiers assaulted him in a construction site, near Ramallah, causing several various bruises and fractures.

On Friday morning, soldiers shot and injured a Palestinian teen while walking towards his family’s olive orchard, northwest of the southern West Bank city of Hebron, and kidnapped him despite his injury.

On Thursday, Israeli soldiers shot and injured ten Palestinians Hebron and Tulkarem, while Israeli settlers attempted to kidnap a child in Hebron.