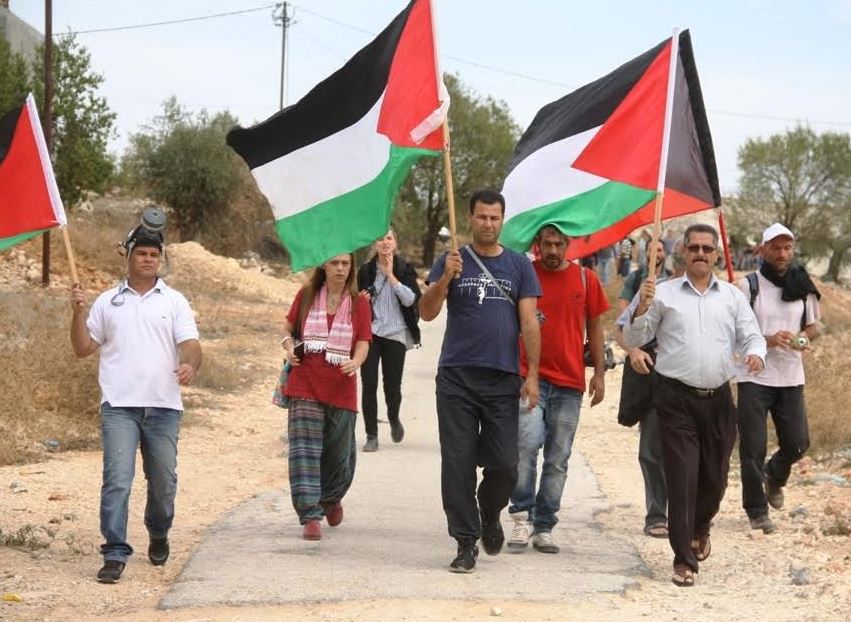 Dozens of nonviolent protesters suffered the effects of tear gas inhalation, Friday, during the weekly protest against the Annexation Wall and settlements, in Bil’in village, near the central West Bank city of Ramallah.The protesters gathered in the center of the village, and marched towards their orchards, accompanied by Israeli and international peace activities.

Several soldiers tried to ambush the protesters by hiding between olive trees, but the protesters managed to uncover their hideout, an issue that led to clashes.

Several Palestinians hurled stones on the soldiers who started firing rounds of live ammunition, and withdrew after calling for additional backup.

Scores of residents suffered the effects of tear gas inhalation, and received treatment by local medics at the scene.

Coordinator of the Popular Committee Against the Wall and Settlements, Abdullah Abu Rahma, said the protests will continue until liberation and independence.

Abu Rahma expressed the committee’s condolences to the family of Hashem al-Azza, 51, a senior figure of the nonviolent resistance movement, who died on Wednesday evening of severe effects of tear gas inhalation.