Official: US Cutting Aid to PA 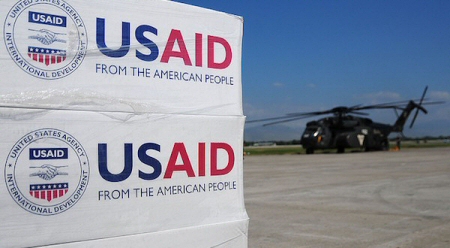 The United States is cutting economic aid for the Palestinian Authority, partly because of “unhelpful actions” by Palestinians, a US diplomat said Saturday.A specialized news site, al-Monitor, said earlier that the US State Department intends to reduce aid for the West Bank and Gaza in fiscal 2016, from $370 million (335 million euros) to $290 million.

A US State Department official, travelling with Secretary of State John Kerry, on a trip to Amman, confirmed there would be a cut, according to the PNN (AFP).

“The decision to reduce assistance to the Palestinian Authority was made this past spring,” he told reporters.

“There were several factors contributing to this decision, including unhelpful actions taken by the Palestinians and constraints on our global assistance budget.”

The cut was not directly linked to the wave of violence that is currently gripping Israel and the Palestinian territories, the official said.

The source added, however, “we have made clear our concern about inflammatory rhetoric over these past few weeks”.

Al-Monitor, which was quoted by the Israeli newspaper Haaretz, said the cut followed mounting criticism in the US Congress about Palestinian “incitement”.

Kerry was in Amman on Saturday, where he held talks with Jordan’s King Abdullah II and Palestinian leader Mahmoud Abbas on how to brake the latest bloodletting.