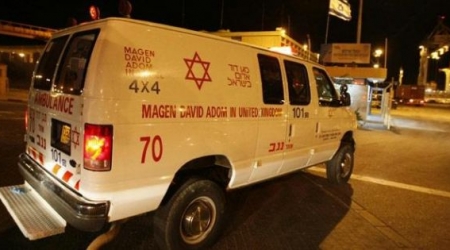 An Israeli settler was reportedly stabbed and moderately injured by a suspected Palestinian on Sunday, near the illegal settlement of Ariel, in the northern occupied West Bank.An Israeli police spokesperson said that the attacker ‘fled the scene near Ariel junction’ and Israeli forces were searching the area, according to Ma’an News Agency.

Rosenfeld said that the Israeli, aged in his 20s, was evacuated for medical treatment in moderate condition.

Earlier on Sunday, an Israeli settler shot and critically injured a Palestinian near the illegal Gush Etzion settlement bloc after the Palestinian allegedly attempted to stab him.

Separately, a Palestinian 17-year-old girl was shot dead by Israeli police in Hebron after they claimed they saw ‘a knife in her hand.’