Lawmaker Barghouthi Attacked near His Home in Ramallah 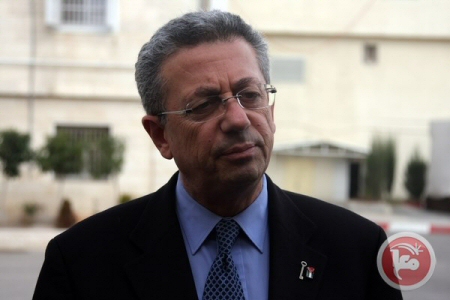 Unknown assailants attacked lawmaker Dr. Mustafa Barghouthi, the secretary-general and co-founder of the Palestinian National Initiative party, also known as Mubadara, on Saturday, Barghouthi told Ma’an News Agency.Barghouthi said that two men assaulted him with a sharp tool, injuring him in his face in the al-Tira neighborhood of Ramallah, near his home.

He added that one of the attackers said “let the Intifada protect you” before both men fled, insinuating that the attack could have been nationalistic in nature.

Barghouthi said he had alerted Palestinian security forces about the incident, and requested that an investigation be opened into the attack.

A Palestinian security spokesperson did not immediately respond for comment.