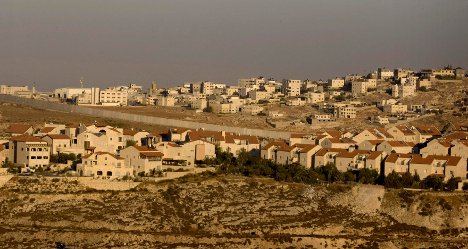 The Israeli Prime Minister Binyamin Netanyahu, in a recent Cabinet meeting, proposed revoking the residency rights of 80,000 Jerusalemites, which would mean that the people of Sho’afat refugee camp and Kafr Aqab, as well as other neighborhoods, would be cut off from the rest of Jerusalem.The proposal was considered by the Israeli Cabinet in their recent meeting, but no decision was made.

Already, the 3 million Palestinians living in the West Bank have been severed from Jerusalem due to the Israeli construction of a massive Wall over the past 13 years. The Wall has annexed large sections of Palestinian land and made them a de facto part of the state of Israel, in direct violation of the responsibilities of an occupier under the Fourth Geneva Convention.

Israel’s government signed the Convention in 1957, requiring it to provide for the needs of civilian populations under occupation. The Convention also requires that an Occupying Power must not transfer any civilians into the land it has militarily occupied. But Israel has transferred over half a million people into settlements constructed on Palestinian land that was militarily occupied, then illegally seized, since the Israeli occupation of the West Bank, Gaza and the Golan Heights began in 1967.

In Jerusalem, the Israeli Annexation Wall has been constructed in such a way as to annex as much of Jerusalem as possible for the Israeli state, while forcing the Palestinian population into smaller and smaller enclaves. Now, under the Israeli Prime Minister’s proposal, residents of those enclaves would lose their residency rights altogether.

Israel has an identity card system for the residents of Jerusalem that is completely unique in the world. Jewish Israelis who live in Jerusalem or in paramilitary colonies in the West Bank are afforded full Israeli citizenship. But Palestinians who live on their ancestral land in Jerusalem are given a different kind of identity card, which ensures that they have far fewer rights than Jewish residents of the city.

According to the Israeli paper Yedioth Ahranoth, following the construction of new walls and barricades in recent weeks to further separate and segregate Palestinian residents of Jerusalem from Jewish residents, the Israeli Prime Minister told his Cabinet ministers, ‘We need to examine the possibility of canceling their [Palestinian Jerusalemites] residency. There needs to be a discussion about it.’

Some Israeli ministers voiced opposition to the plan, not because they were concerned about the Palestinian Jerusalemites losing their residency rights, but because they believe such a division would ‘give up territory’ that some Israelis believe should belong to Israel.