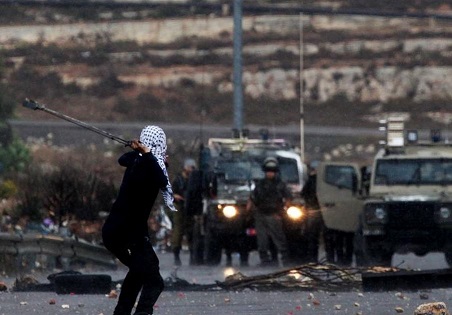 Israeli soldiers invaded on Tuesday at dawn, and late on Monday at night, several communities in the northern West Bank districts of Jenin and Nablus, and kidnapped five Palestinians; many Palestinians have been injured in Jenin.
Media sources in Nablus said the soldiers have kidnapped three Palestinians from Deir Sharaf village, west of Jenin, after the army stormed their homes and violently searched them.

The kidnapped have been identified as Amir Mofeed Foqaha, Ibrahim Sa’id Nasser and Ibrahim Sobhi Nasser.

In addition, two Palestinians were shot and injured, and many suffered the effects of tear gas inhalation, during clashes that took place in the Jenin refugee camp, and Burqin town, after several military vehicles invaded them.