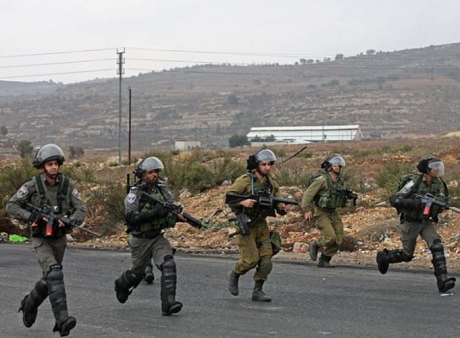 Two Palestinians, identified as Hazem Abu Zeid and Zakariyya Nabil al-Qeeq, have been kidnapped in Doura town, south of Hebron.

The Hebron office of the Palestinian Prisoners Society (PPS) has reported that the soldiers kidnapped more than 300 Palestinians, including children, in the district since the beginning of this month.

In the Bethlehem district, soldiers invaded the home of Mousa Abdul-Rahman Badawi in the al-Manar area, near Beit Fajjar, and used it as a military post and a monitoring tower.

Late on Tuesday at night, soldiers kidnapped Jamal Oleyyan Rabay’a, 37, from the al-‘Obeydiyya town east of Bethlehem, after stopping him on the ‘Container Roadblock,’ northeast of Jerusalem.

On Wednesday at dawn and Tuesday at night, soldiers kidnapped four Palestinians in the West bank districts of Ramallah and Nablus.