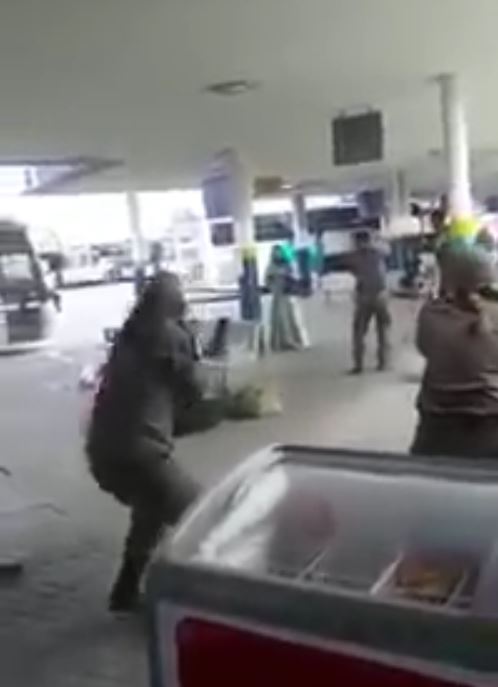 The Israeli Prosecutor’s Office stated, Wednesday, that the young Palestinian woman who was shot and wounded in Affoula (near Nazareth), on October 10, did not intend to carry out a stabbing attack. Israeli Channel 2 said that the investigation revealed that young woman, Israa’ ‘Aabed never intended to carry out an attack, and that the Israeli Security Services also agree with the same conclusion.

The young woman was surrounded by Israeli soldiers, who shot repeatedly shot her, although she was surrounded, and had both of her hands raised, in clear sight of the soldiers.

Channel Two said the young woman “was facing certain conditions that caused her to act in a suspicious manner,” and “that is why she carried a knife, but never intended to carry out an attack.”

It added that the Israeli officers who shot and wounded the young woman will not be facing any charges.

According to the Israeli report, the investigation revealed that ‘Aabed went to the Central Bus Station in Affoula, and although she carried a knife in her bag, she never attempted to use it, even when she stood next to a young Jewish man and had the opportunity to do so.”

It also said that the young man walked towards Israeli soldiers and shouted “terrorist” at them to try “to get them to shoot and kill her, but they shot her in her legs, inflicting moderate wounds.”

The Israeli Prosecutors decided to that the Aabed will not be facing charges for attempting an attack for “nationalistic motives,” but will later be facing a criminal indictment.

Arab Members of Knesset expressed their rejection to Israeli decision not to indict any of the soldiers who shot the young woman, although she never posed any threat to them or anybody else. The legislators condemned the police and the army for indiscriminately shooting Palestinians, killing and wounding them, just for suspecting they intend to carry out an attack.

The woman’s father, Sheikh Zeidan Aabed, said the Police informed him dis daughter will be indicted Thursday, and they will be releasing her soon after.

“My daughter never intended to attack anybody,” he said, “The latest developments disprove all previous Israeli allegations.”