Baby Suffocates to Death from Tear Gas near Bethlehem 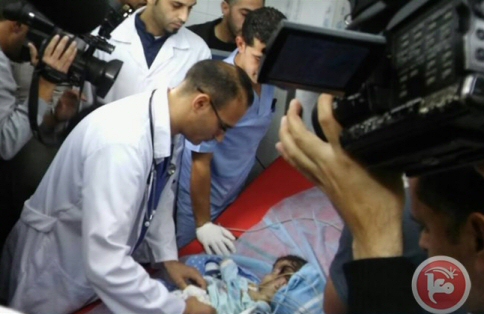 An eight-month-old Palestinian baby died Friday, from tear gas inhalation, in Beit Fajjar village, to the south of Bethlehem during clashes in the area, the Palestinian Ministry of Health said.The ministry said in a statement that Ramadan Mohammad Faisal Thawabta died after inhaling tear gas when clashes erupted nearby between Palestinians and Israeli military forces.

Thawabta’s body is being transported to Beit Jala Governmental Hospital.

Three Palestinians were injured with 0.22 caliber bullets during clashes in the village, the ministry added.

An Israeli army spokesperson did not have any immediate information but told Ma’an News Agency that they were looking into the incident.

The eight-month-old child’s death brings the total number of Palestinians killed this month to 67, at least ten of whom have been children.

At least nine Israelis have been killed in attacks by Palestinians during the same time period.
Earlier Friday, Qassem Mahmoud Sabaneh was shot dead after an alleged attack on an Israeli border policeman in Nablus, and Ahmad Hamada Qneibi, 23, died from his injuries hours after attacking and injuring an Israeli in occupied East Jerusalem.

Clashes across occupied Palestinian territory initially began to escalate following the fatal shooting of two Israeli settlers on Oct. 1 as well as increased restrictions on Palestinians in East Jerusalem.

Near-daily clashes in the Bethlehem area have left at least three Palestinians dead, including a 13-year-old.

On Thursday, Israeli military forces told residents of Aida refugee camp in Bethlehem over a loudspeaker that unless they stopped throwing stones, the forces would gas them until they die.

“Inhabitants of Aida, we are the Israeli occupation forces, if you throw stones we will hit you with gas until you die. The children, the youth, and the old people, all of you – we won’t spare any of you.’