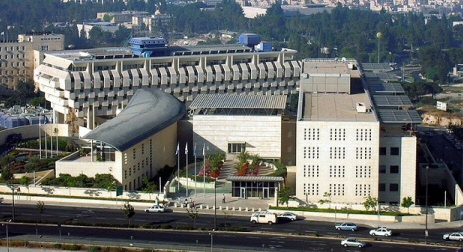 New additions to the six-month training course include a tour of the Jewish settlement in East Jerusalem’s Silwan neighbourhood. The Israeli press reports that the tour will be led by David Be’eri, founder of the Elad Association which drives settlement in the heart of this occupied Palestinian neighbourhood located just outside Jerusalem’s Old City and adjacent to the al Aqsa mosque.

A tour will also be given of the Israeli settlements situated in the northern West Bank area of Nablus. The tour will be conducted by settler leader Benny Katzover, chairperson of the Samaria Citizens’ Committee and founder of the Nablus-area settlement of Elon Moreh.

Katzover has stated in the past that “We didn’t come here to establish a democratic state. We came here to return the Jewish people to their land.’

An additional new element in the cadets training course is a course on international law, with an emphasis on defending the legality of Israeli settlements. International humanitarian law will further be reviewed to provide justification for Israel’s ongoing military attack on the Palestinian people under occupation and advance Israel’s contention of fielding the most moral army in the world.

Finally, Israel’s foreign ministry will present its take on Judaism’s concept of tikkun olam (repair of the world) and its relation to Israeli diplomacy, for example in Israel’s contributions to disaster relief.

Deputy Ministery Hotovely told the settler-affiliated media outlet Arutz 7 that “It is important that ambassadors can cope with the challenges of boycotting Israel, and the de-legitimsation of our right to self defense through a connection to fundamental questions of the connection of the people of Israel to their land, through an emphasis on the branding of Israel in the world as a groundbreaking country in which the technological initiatives and solutions are a contribution to all of humanity.”