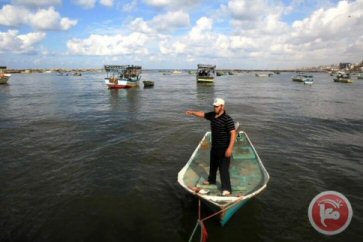 Egyptian military forces shot and killed a Palestinian fisherman off the coast of the southern Gaza Strip, Thursday afternoon, the Ministry of Health in the besieged enclave said.Ashraf al-Qidra, spokesperson of the ministry, said Firas Mohammad Miqdad, 18, from Rafah was shot in the abdomen by Egyptian forces while at sea and died from his injuries.

It is unclear why Egyptian forces opened fire, according to Ma’an News Agency.

In May, Egyptian naval forces opened fire at a Palestinian fishing boat off the coast of the southern Gaza Strip, injuring a fisherman from Rafah.

Egypt upholds an Israeli military blockade on Gaza, keeping borders largely closed and limiting imports, exports, and the freedom of movement of its residents.

The threat from Egyptian forces comes as Palestinian fishermen already face daily risks in order to make a living, including routine harassment from Israeli naval forces, confiscation of boats and materials, detention, and potentially death.

Israeli forces reportedly fired towards Palestinian fishing boats on a daily basis last week, according to documentation by the UN agency for Palestinian refugees.