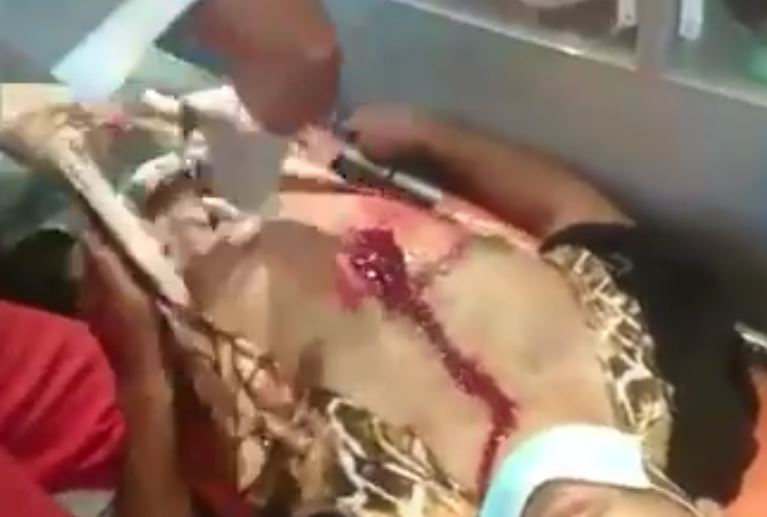 He was shot in the chest, in the al-Farahin area, east of Khan Younis.

Medics rushed him to a hospital, but he was announced dead shortly after arrival despite all efforts to save his life.

Dr. al-Qedra added that 38 Palestinians have been shot and injured by Israeli army fire in different parts of the Gaza Strip, Friday.

29 of them with live army fire, 3 with rubber-coated steel bullets, and six suffered the effects of tear gas inhalation.

The clashes took place in al-Farahin and Sreij areas, in Khan Younis, in addition to east of the al-Boreij refugee camp in Central Gaza, east of Gaza City and Beit Hanoun, in the northern part of the coastal region.

The soldiers used gas bomb launchers that can fire many bombs in one shot.

Also on Friday, Israeli soldiers shot and killed an elderly Palestinian woman, identified as Tharwat Sha’rawi, 76 years of age, in the southern West Bank city of Hebron, allegedly after she tried to ram soldiers with her car; eyewitnesses strongly denied the claim.

On Thursday evening, the soldiers shot and killed Malek Talal Sharif, 25, near the Gush Etzion settlement block, north of the southern West Bank city of Hebron.

The Palestinian Health Ministry said the 78 Palestinians, including 17 children and three women and children, have been killed by army fire since October 1st.

More than 2400 have been injured, at least 1400 of them were shot with live Israeli army fire.