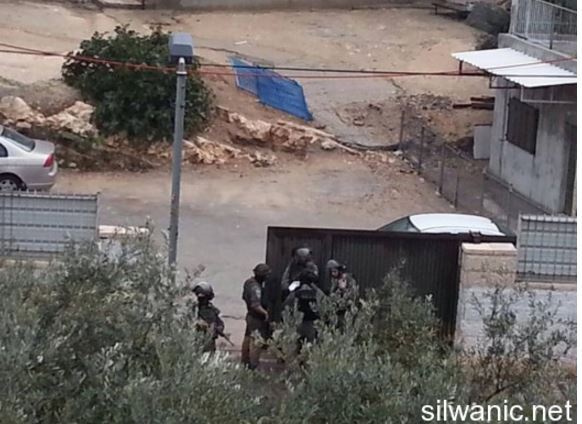 Israeli soldiers kidnapped, on Sunday at dawn, a Palestinian child from his family’s home near Bab al-Nather Gate, one of the gates of the Al-Aqsa Mosque in occupied Jerusalem. The army also kidnapped a young man in Bethlehem, and injured his mother and sister.His family said the soldiers violently stormed their home, searched and ransacked it, and kidnapped the child after cuffing and blindfolding him.

The child, identified as Nabil Nidal Seder, 13, was moved to the al-Qashla detention and interrogation center, in Jerusalem’s Old City.

In addition, soldiers stormed and searched the home of Wael Mahmoud, in the al-‘Isawiyya town in Jerusalem, looking for his 15-year-old child Bara’.

The soldiers also stormed the Zidani family home, in Silwan town, and violently searched for the third consecutive day.

In related news, dozens of soldiers invaded the Deheishe refugee camp, south of the West Bank city of Bethlehem, searched homes and kidnapped one Palestinian identified as Mohammad Omar Daoud, 27.

The soldiers also assaulted Daoud’s mother and sister, causing several cuts and bruises; they were moved to the Beit Jala governmental hospital for treatment.

The army clashed with local youths, and fired gas bombs and concussion grenades before withdrawing from the camp.