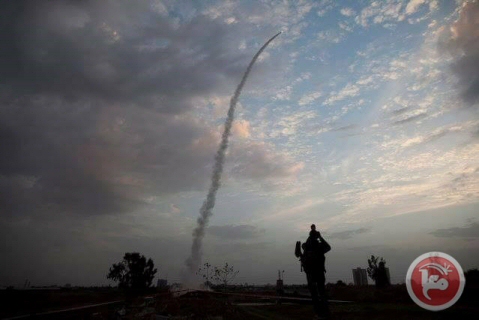 A rocket launched from the Gaza Strip landed in southern Israel on Sunday evening, with no reported injuries, according to the Israeli army.An Israeli army spokesperson said that sirens sounded throughout communities in Shaar HaNegev,an Israeli regional council east of northern Gaza.

She said that the rocket fell in an open area, with no injuries reported, and that Israeli soldiers were searching the area.

As tensions have flared across the occupied Palestinian territories, in recent weeks, a number of rockets have been fired out of Gaza into Israel, with no injuries or damages reported.

Israel’s army has launched ‘retaliatory air strikes’ in nearly every case, according to Ma’an.

A strike on Oct. 11 killed a pregnant Palestinian woman, Nour Hassan, and her two-year-old daughter, Rahaf.

The Israeli army said that it had struck ‘Hamas weapon manufacturing facilities’ without mentioning human casualties.

Although much of the rocket fire has been claimed by small militant groups operating in Gaza, the Israeli army has consistently held the territory’s de facto leaders Hamas responsible.

Hamas has not claimed responsibility for any rocket attacks since last year’s devastating war, and the movement has been attempting to clamp down on many of the smaller armed groups operating in the territory.