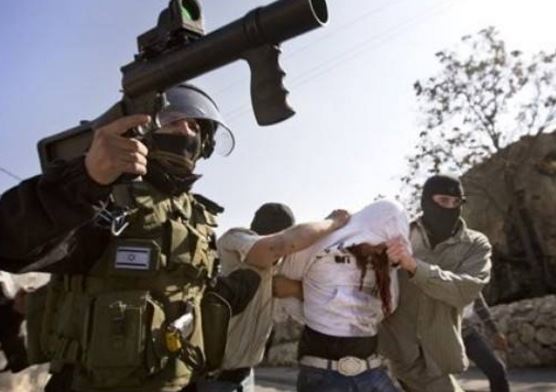 Israeli troops invaded, on Tuesday at dawn, Hebron city, in the southern part of the occupied West Bank, and a few nearby towns, searched many homes, kidnapped six Palestinians, including a child, and summoned three others for interrogation.Media sources in Hebron said the soldiers kidnapped a child, identified as Mahmoud Abdul-Fattah Jawabra, 14 years of age, from his home in the al-‘Arroub refugee camp, north of Hebron, and summoned his father for interrogation in the Etzion military base.

The soldiers also invaded Doura town, south of Hebron, and kidnapped ‘Amro ‘Amro, and his brothers Karam and Ahmad, in addition to Ala’ Rayyan, after searching their homes and interrogating them and their families.

Another Palestinian, identified as Mousa Mohammad Ma’moun Ahmad, 20, was kidnapped from his home in Jabal Johar area, in Hebron city.

In addition, the soldiers invaded and searched homes in Nouba and Beit Ola villages, west of Hebron, before summoning Mo’taz Othman al-Hroub and Abdul-Fattah Falah al-‘Emla for interrogation.

In related news, the soldiers installed roadblocks on Hebron’s northern entrance, and various neighborhoods in the city, in addition to the main entrances of Sa’ir and Halhoul towns, before stopping dozens of cars and investigating the ID cards of the Palestinians.

The army also invaded the al-‘Arroub Secondary School for Boys, and closed the main entrance of al-‘Arroub refugee camp.

In related news, several army vehicles invaded the al-‘Obeydiyya town, east of the West Bank city of Bethlehem, kidnapped a Palestinian teen, and summoned seven Palestinians from the town, in addition to ‘Aida and al-‘Azza refugee camps, for interrogation.

Also on Tuesday at dawn, the soldiers kidnapped 25 Palestinians from their homes in Qalqilia city, in the northern part of the occupied West Bank.