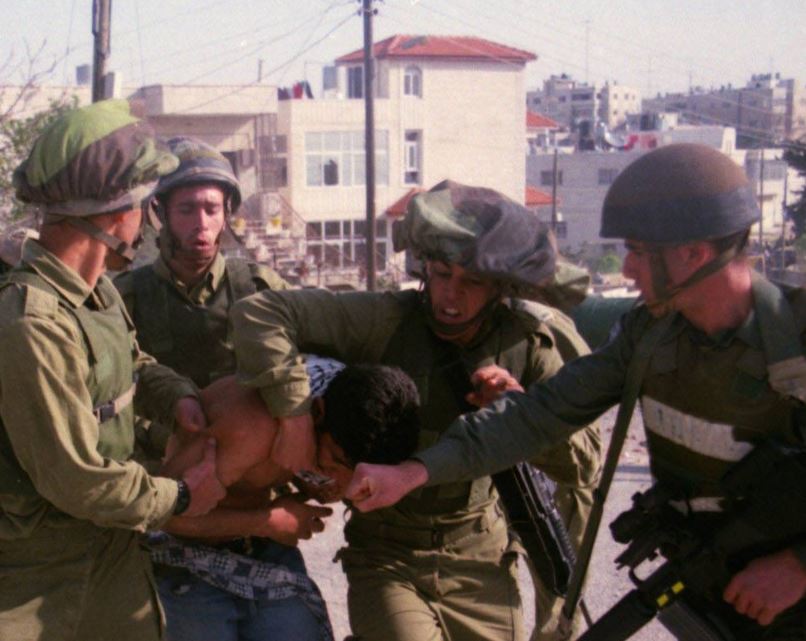 Israeli soldiers invaded, on Wednesday morning, the Qalandia refugee camp, north of occupied Jerusalem, and clashed with dozens of local youths, wounding thirteen Palestinians, including a child who suffered a serious injury. The army also kidnapped one child in Jerusalem.The seriously wounded child has been identified as Fares Abu al-‘Aish, 16 years of age; Palestinian medics could not reach him, and the soldiers later took him in a military ambulance.

The Health Ministry confirmed twelve Palestinians were moved to the Palestine Medical Center, suffering moderate wounds, and that most of the injuries were in the lower body parts.

Media sources in Qalandia said the soldiers invaded the home of Mohammad Abed-Rabbo, and tied his three children before confiscating their phones, and searched the property.

The soldiers also invaded the home of Hosni Bzea’, held him and his family in one room, and searched the property, looking for his son Eyad, who was not at home during the invasion.

Clashes took place in different alleys in the refugee camp, and the soldiers fired dozens of live rounds, and rubber-coated steel bullets, and withdrew through the al-Kassarat area as the intensity of the clashes made them unable to withdraw through the main road.

The soldiers stormed the school, kidnapped the child, and summoned the headmaster Saleh al-A’war for interrogation, alleging the students repeatedly throw stones on them.

On Wednesday at dawn, the soldiers kidnapped eight Palestinians in the southern West Bank district of Hebron.