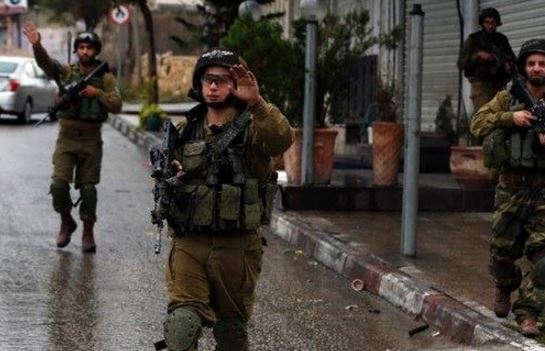 Israeli soldiers invaded, on Wednesday morning, the al-Baloa’ area, northeast of the al-Biereh city, and the area near ‘Atara military roadblock, in the central West Bank district of Ramallah, and clashed with scores of local youths, wounding four, while many suffered the effects of teargas inhalation.Medical sources said the soldiers fired several live rounds, moderately wounding four Palestinians.

The sources added that dozens of schoolchildren suffered the effects of teargas inhalation, after the soldiers fired many gas bombs into the al-Jalazoun School for Boys.

In related news, dozens of Israeli extremists, accompanied by dozens of soldiers and police officers, stormed the yards of the Al-Aqsa Mosque, through the al-Magharba Gate, in occupied Jerusalem.

The army also held the ID cards of dozens of Muslim worshipers before allowing them into the Al-Aqsa Mosque, and denied access to at least 60 women, of different ages, into the holy site during what the police described as ‘tours conducted by Israelis.’

On Wednesday morning, soldiers invaded the Qalandia refugee camp, north of occupied Jerusalem, and clashed with dozens of local youths, wounding thirteen Palestinians, including a child who suffered a serious injury. The army also kidnapped one child in Jerusalem.