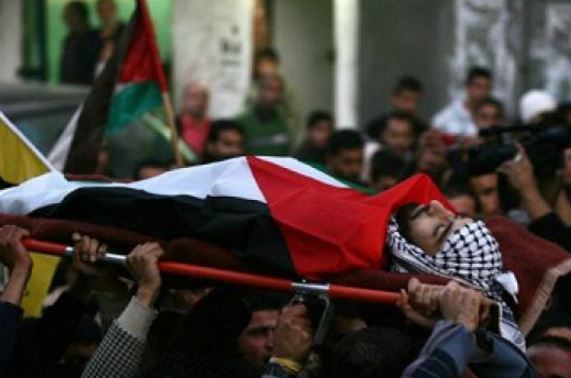 Palestinian Health Minister, Dr. Jawad Awwad, has reported that the Thursday Israeli assassination of Abdullah Azzam Shalalda, in the Hebron Governmental Hospital, brings the number of Palestinian killed by Israeli fire since October 1, to 83.He said that the execution of Shalalda in a hospital, on the hands of undercover Israeli soldiers, is a clear proof that Israel is escalating its crimes, and is deliberately violating International Law, and all related human rights treaties, with complete impunity.

Dr. Awwad said that the International Community must act on protecting the Palestinian people, and ending the Israeli crimes, and illegal occupation.

“International silence, and idleness to the ongoing crimes has encouraged Israel to escalate its violations,” he added, “Israel isn’t only killing Palestinians in their homes and streets, but also in hospitals and medical centers.”

“The world must act now; Human Rights groups must end this Israeli terrorism,” Dr. Awwad said, “Patients and medical centers must be protected at all times.”

The assassination in the Hebron Hospital was carried out by 21 undercover Israeli soldiers, who invaded the hospital at dawn, Thursday, and infiltrated the room of Azzam Shalalda, who was previously seriously wounded by Israeli fire, and receiving treatment in the Surgery Ward.

The soldiers shot and killed his cousin, Abdullah, with a live round in his head, one in the chest and three in his arms, and kidnapped Azzam despite his serious health condition.

His death brings the number of Palestinians, killed by Israeli fire since October 1, to 83, 65 in the occupied West Bank, Jerusalem and one in the Negev, and 18 in the Gaza Strip, including a mother and her child, while more than 8500 have been injured.

It added that 26.8% of the slain Palestinians are children and women, and 17% of the wounded and also women and children.

The Ministry also said that 253 Palestinians suffered fractures and bruises after being assaulted by Israeli soldiers and colonialist settlers, and 25 suffered burns due to Israeli gas bombs and concussion grenades.

The Ministry said the soldiers are more frequently resorting to live fire in suppressing the protesters, and that most of the wounded Palestinians were shot in the upper parts of their bodies; many of them suffered serious wounds.