Army Injures Dozens Of Palestinians In Jenin and Qalqilia 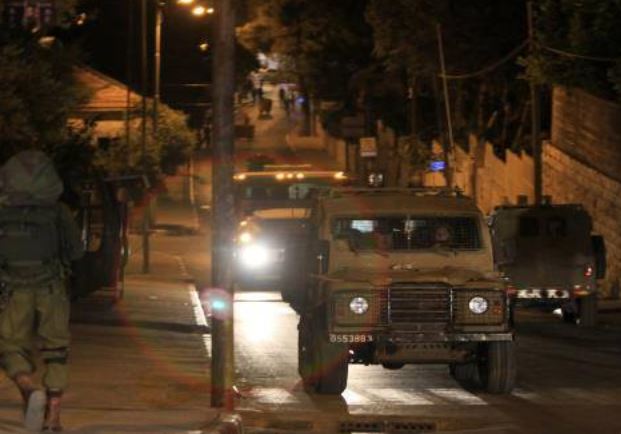 Medical sources have reported that dozens of Palestinians have been injured, on Wednesday evening, during clashes with Israeli soldiers invading Palestinian communities in the northern West Bank districts of Jenin and Qalqilia.The sources said the dozens suffered the effects of teargas inhalation, when the soldiers invaded Sielet ath-Thaher village, south of Jenin, after installing a roadblock on its main entrance.

The soldiers stopped and searched dozens of cars, interrogated many Palestinians and conducted various provocative acts that led to clashes.

In addition, at least five Palestinians were shot with rubber-coated steel bullets after several Israeli military vehicles invaded the an-Naqqar area, west of the northern West Bank city of Qalqilia.

Medical sources said the soldiers fired a barrage of gas bombs at random, causing at least 77 Palestinians, including many children, to suffer the effects of teargas inhalation.

Also on Wednesday, the Palestinian Prisoners Society (PPS) has reported that the Israeli army kidnapped at least 41 Palestinians, including children, during predawn invasions in various districts in the West Bank.