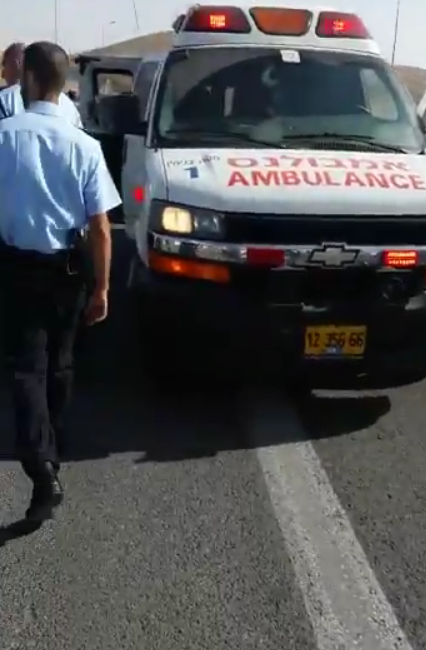 A Palestinian taxi driver was shot dead by an armed Israeli paramilitary settler on Sunday after crashing into another car on the main road near the village of ‘Anata east of Jerusalem in the West Bank.The killing of the taxi driver is the second killing of a Palestinian civilian by Israeli paramilitary settlers in less than two hours on Sunday morning. Around 9:30 AM a 16-year old girl was rammed by a car and then shot dead by armed Israeli settlers (See Israeli settlement leader kills Palestinian girl, claims ‘she had a knife’.

In the ‘Anata incident, Israeli authorities also attempted to claim that the victim ‘had a knife’, but no evidence of the presence of a knife was provided.

Instead, eyewitnesses claim that the taxi driver had a car accident, and had gotten out of his car to deal with the accident when he was shot multiple times by an armed paramilitary settler, and killed.

The deceased was identified as Shadi Mohammad Mahmoud Khseib from al-Bireh, near Ramallah in the central West Bank.

The Israeli settler who shot and killed Khseib was said to have a ‘scratch on his hand’ which did not require any medical treatment, according to Israeli media sources.

The incident took place near the entrance to the illegal Israeli settlement colony of ‘Kfar Adumim’, which was constructed on land stolen from the Palestinian town of ‘Anata.