The Wadi Hilweh Information Center in Silwan (Silwanic) has reported that the soldiers invaded Ras al-‘Amoud since early morning hours, and started harassing dozens of schoolchildren, in addition to searching them at the military roadblock on the road leading to the children’s schools.

The soldiers also invaded Ras al-‘Amoud School, and kidnapped a student identified as Jibreel al-A’war, from the school’s playground.

Clashes took place between the invading soldiers and local youths, and the army fired dozens of gas bombs and concussion grenades in addition to rubber-coated steel bullets.

Dozens of soldiers also invaded Jabal al-Mokabber village, south of Jerusalem, and clashed with several local youths, mildly wounding a child with a rubber-coated steel bullet in his back.

The soldiers also invaded and ransacked hundreds of homes in the southern West Bank district of Hebron, and kidnapped at least 19 Palestinians. 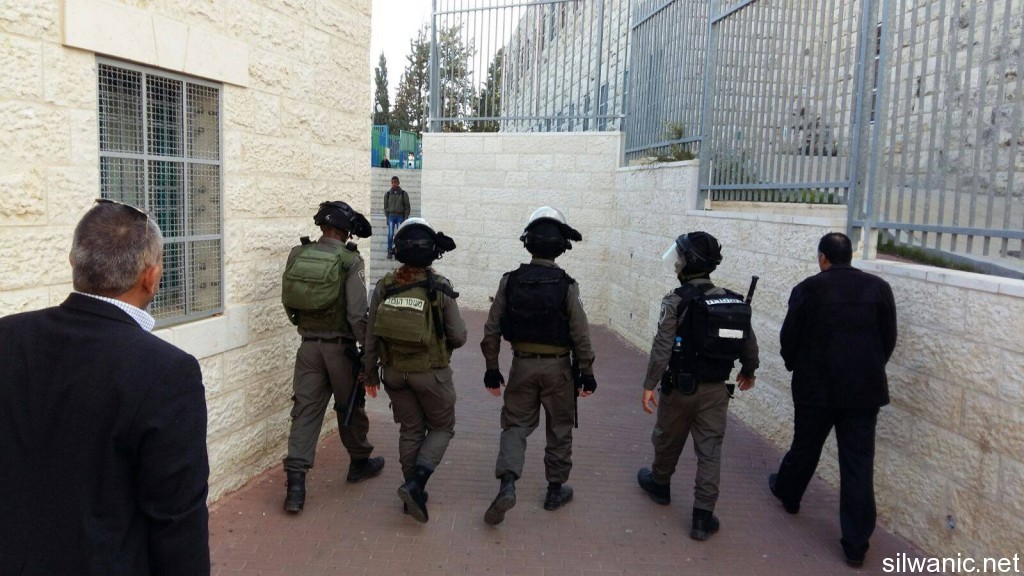