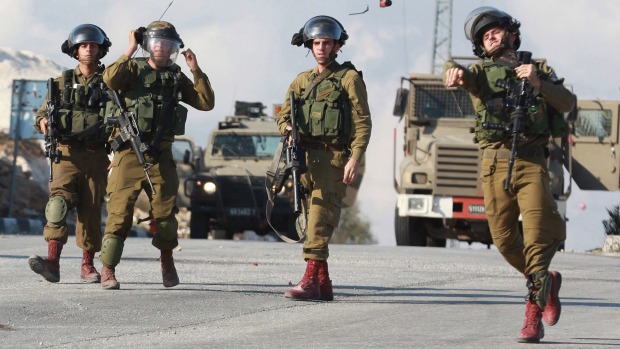 Three Palestinians, including a 16-year old girl, were shot and killed by Israelis on Sunday. All three were accused of ‘having a knife’, but in two of the three killings, eyewitnesses contradicted the Israeli military’s account that the person killed ‘had a knife’.In the third incident, an Israeli settler was stabbed multiple times and killed before the alleged assailant was shot and killed by Israeli soldiers stationed at the Gush Etzion military camp south of Bethlehem.

The full list of the 94 Palestinians and 16 Israelis killed since October 1st is below.

In the latest numbers on injuries, from this past Friday, November 20th, the Palestinian Health Ministry reported that more than 10,000 Palestinians were injured since October 1st, including at least 1458 who were shot with live army fire, and 1070 shot with rubber-coated steel bullets.

87. Rahaf Yahya Hassan, two years old. Killed along with her mother in an Israeli airstrike. 10/11