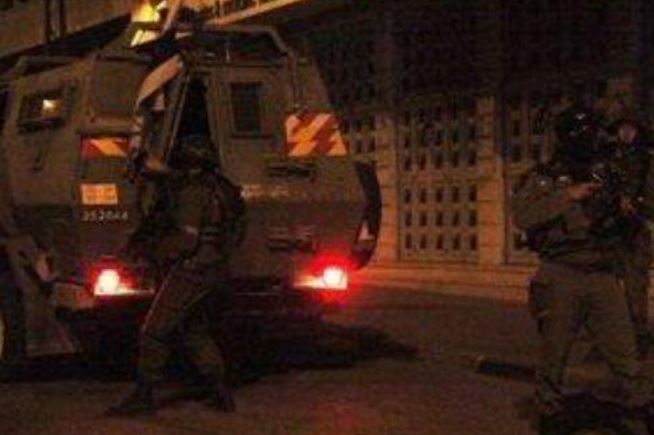 The soldiers also invaded the home of Issam Thawabta, who was killed Sunday after reportedly stabbing an Israeli settler, near Gush Etzion Settlement Bloc, and kidnapped his four brothers.

Also on Sunday, the soldiers shot and injured a young Palestinian man with a rubber-coated steel bullet in the head, in Wad al-Hummus area, near Dar Salah, east of Bethlehem.

The young man was moved to the Beit Jala Governmental Hospital, suffering a moderate-but-stable injury.

The soldiers also fired flares in the village, before invading it and several Palestinian agricultural lands, and closed three roads leading to the village with metal barriers. The closed roads are the northern street, Jayyous-Azzoun and Azzoun-Ezbet at-Tabib.