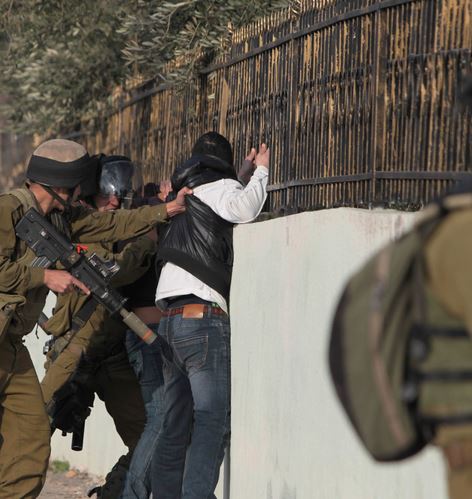 Also, the Palestinian Prisoners’ Society (PPS) has reported that the soldiers kidnapped ten Palestinians in the central West Bank district of Ramallah.

In occupied Jerusalem, the soldiers kidnapped seven Palestinians, including five children, from their homes in different parts of the city.

The Wadi Hilweh Information Center in Silwan (Silwanic) has reported that the soldiers invaded many homes in the ath-Thoury neighborhood in Silwan, and kidnapped Ibrahim at-Tawil, 16, and Ahmad Ghorab, 17 years of age.

Another Palestinian, identified as Ahmad Ibrahim, was kidnapped from his home in ‘Anata town, northeast of Jerusalem.

In addition, the soldiers invaded various communities in the northern West Bank districts of Jenin, Nablus and Tulkarem, and kidnapped four Palestinians.

They have been identified as Odai Sheikh Hamada, 23, and Wisam Eyad Hannoun, 21, from the Jenin refugee camp, Amin Khaled al-Hajj, 20, from Bal’a town, in Tulkarem, and Fares Hanani from Beit Forik, in Nablus.