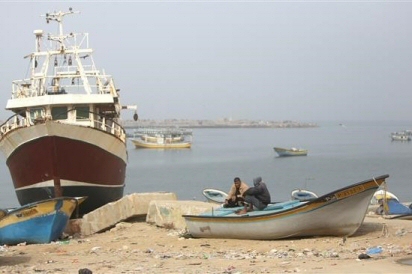 Israeli naval forces, Saturday, opened fire on Palestinian fishermen off the coast of Beit Lahiya, in the northern Gaza Strip, according to local fishermen.The fishermen told Ma’an News Agency that all fishing boats in the area were forced to return to the shore due to the gunfire. No casualties have been reported.

An Israeli army spokesperson did not have immediate information on the incident.

Two fishermen sustained moderate injuries after being targeted and shot in the same area earlier this month.

Israeli forces often say that Palestinian fishermen “deviate from the designated fishing zone” allotted by Israel to the workers, posing a “security threat.”

The limited zone in which Palestinian fishermen are allowed to work has historically fluctuated, and rights groups say that boats are often fired on within the zone.

On Nov. 5, Egyptian military forces shot and killed a Palestinian fisherman off the coast of the southern Gaza Strip.

Egypt upholds the Israeli military blockade on Gaza, keeping borders largely closed and limiting imports, exports, and the freedom of movement of its residents.

The United Nations Office for Humanitarian Affairs (OCHA), found that the blockade has seriously undermined the ability of Gazan fishermen to make a living at sea.